From “The Fire of Commitment.”

Social justice and social action have long been at the moral center of Unitarian Universalism. We are not exceptional in this of course; faith traditions of every name have a strong mandate to strive for a society that is fair, just and equitable. Our particular faith tradition has chosen to be on the vanguard of justice causes, which have included economic, environmental, immigrant, LGBTQAI, racial, reproductive and voting rights. Both clergy and laity are most effective when they are working together on issues of common concern.While serving my first congregation in Knoxville, TN, I was a board member and chair of the clergy caucus of the Knoxville Interfaith Alliance, an affiliate of the Industrial Areas Foundation (IAF) network of faith-based community organizing. I hired our first on-the-ground organizer and together, we explored issues of common interest to the residents of Knoxville. When I finally settled into co-ministry in Cleveland, my co-minister/husband and I divided up the areas of social justice & concern. My primary areas of focus were:

Below are a few highlights from my ministry, both past actions and more current areas of witness:

My husband and I had just moved to Charlottesville four days before the “Unite the Right” rally was scheduled to occur.  We were aware that there were many responses to the event: the city of Charlottesville had planned multiple “teach-ins” around town.  The minister and executive team of the Thomas Jefferson Memorial UU Church of Charlottesville (TJMC) had planned to make the church a safe place for church and community members to gather, learn and pray.  I decided that I wanted to accept the invitation of the clergy group known as Congregate Charlottesville, led by two United Church of Christ pastors, who were organizing a non-violent peaceful witness in front of Emancipation Park that day.  I attended non-violent training on Friday afternoon, and worshipped with over 300 interfaith members of the community on Friday, August 11th.  The next day, our service began in worship at 6:00 am, and afterwards, we walked to the park, linked arms and formed a phalanx of clergy in vestments in front of the park.  There is a lot more of this story to tell, which you most likely will hear in a sermon sometime!  What was clear to me was the importance of showing up, and as people of faith to embody a peaceful presence in the midst of violence and chaos.

Two weeks later, Reverend Jesse Jackson came to preach at TJMC and I was asked by the editor of our denominational magazine to write an article about his sermon.  You can read the article here.  My husband and I were both invited to do a live on-air interview at WEOL Radio (930 AM, Elyria, OH) following the Charlottesville protests.  You can hear that interview here.  As a resident of Charlottesville, I continue to follow the aftermath of the Alt-Right rally and participate in community forums when possible.

Standing Rock/Standing Rock/ #NODAPL. On November 1, 2016, Episcopal Priest Rev. John Floberg put out a call for clergy of all faiths to join him and Native Leaders of the Sioux Nation at Standing Rock to participate in an interfaith witness and prayer vigil near the Oceti Sakowin Camp, where the North Dakota section of the proposed pipeline is being laid. By November 3, I was on a bus with a dozen other clergy and laity to participate in the vigil. The event was framed as a “peaceful, prayerful, lawful and non-violent” witness and indeed, it was all of that and so much more. I returned back to the Appleton community, interviewed for a front page news article, wrote a letter to the editor and took up a collection for the Standing Rock Sioux Tribe, which was the largest single social action collection taken at the Fellowship to date. In February 2016, the Fellowship will host a panel discussion and film on Native American issues, rights and concerns.

Black Lives Matter. In April 2014, the Fox Valley Unitarian Universalist Fellowship put up a “Black Lives Matter” sign. As has happened with many of our congregations, it has been repeatedly stolen. The second time it was stolen, I organized a re-dedication of the sign, expecting about 20-25 people to show up. Over 100 members and friends of the Fellowship, plus community members attended the service of re-dedication. Unfortunately, that sign was also stolen. We continue to hang some variation of Black Lives Matter (i.e., “When Black Lives Matter, then ALL lives WILL matter”) as a public witness against racism. News story: Black Lives Matter Sign Stolen for 4th time. http://www.postcrescent.com/story/news/2016/09/26/black-lives-matter-sign-stolen-fourth-time/91111266

Witness for Tamir Rice. On November 22, 2014, twelve-year-old Tamir Rice was shot and killed by a Cleveland Police Officer about five miles from the congregation I served in Cleveland. As more details of this incident were uncovered, it became apparent that this incident revealed a widespread pattern of police using deadly force and more brutal tactics against African Americans. This incident galvanized ours and other congregations, especially those involved in Greater Cleveland Congregations, to demand higher accountability and the creation of a Citizen’s Review Board. I was involved in on-the-street protests outside the church walls, and educational opportunities and community forums within to examine more closely the links between racism, the police tactics, mass incarceration and white privilege.

Witness for Women:  Women of Faith: Voices Against Violence.

In 2009, the missing bodies of eleven Cleveland women were found murdered by serial killer Anthony Sowell. In 2012, Jyoti Singha of New Delhi India was gang raped, beaten and murdered on a taxibus in New Delhi. On May 6, 2013, missing Cleveland teen Amanda Berry escaped from serial rapist and abductor Ariel Castro, revealing that he had kidnapped two other missing Cleveland women, Michelle Knight and Gina DeJesus. I had been meeting regularly with a group of interfaith women in the Cleveland area and we were alternately horrified and deeply troubled by the misogyny and violence against women we had read about and/or experienced. So, an idea was born; to create a vigil, event, and protest called “Women of Faith: Voices Against Violence.” On September 22, 2013, some fifty women, representing over a dozen faith traditions, gathered together for a public witness in Downtown Cleveland. My role was serving as chief liturgist and organizer. Although this group did not continue to meet after the event, the bonds of friendship and interfaith collegiality remained strong.

Anti-Human Trafficking Work.   In 2010 I preached a sermon about human trafficking and asked if anyone in the congregation would partner with me to form an anti-human trafficking group.  A core group of eight women and I started WAAHT (West Shore Allies Against Human Trafficking).  Our mission was “educate to eradicate human traficking”  Since its inception, the team has grown in numbers and visibility.  We partnered  with a larger organization,  the Collaborative to End Human Trafficking and the Renee Jones Empowerment Center to draw attention to the realities of human trafficking in the Greater Cleveland Area.  It’s an area of my social justice work of which I’m very proud to note that it continues even though I left West Shore in 2016.

I was a leader and participant in the Spiritual Leaders Group of Greater Cleveland for twelve years. We were called together by the then Executive Director of The Center, a Resource for LGBTQI members of Cleveland to provide a religious and spiritual perspective on LGBTQI and related issues. I worked with aproximately a dozen laity and clergy from a variety of faith traditions (United Methodist, Catholic, Disciples of Christ, Episcopalian, Mennonite, American Baptist, Zen Buddhist) to offer an annual worship service during Pride Weekend, and to write op-eds and Letters to the Editor about LGBTQI issues (particularly around the passage of Amendment 1 “Marriage is defined as between one man and one woman”). We created a “Moral Manifesto” which called out the homophobic rhetoric that accompanied the passage of Amendment One, held yearly retreats for the group to sustain ourselves spiritually, and worked to provide a religious voice on LGBTQI concerns to the wider Cleveland Community.

Below are links to various media outlets that highlight a few of the areas of my social justice work: 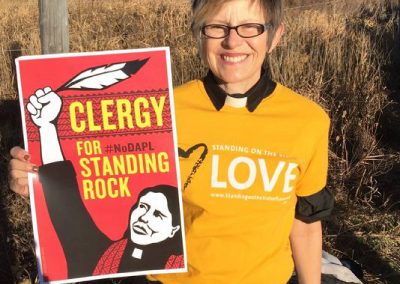 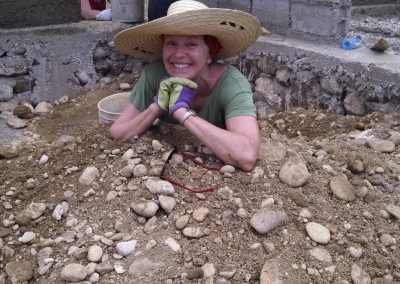 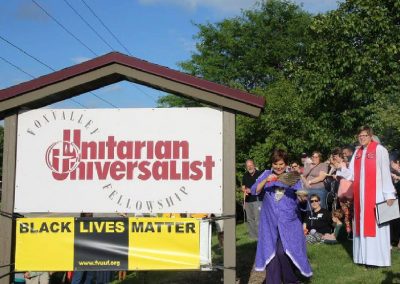 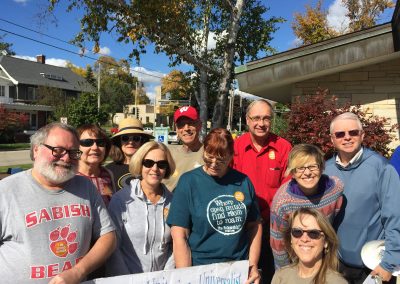