You should know what your minister believes and how those beliefs shape their ministry.

I believe that more will be revealed

As Unitarian Universalists, we believe in “deeds, not creeds”—that what you believe is less important than what you do with your beliefs.

But we also acknowledge another great truth: that “revelation is not sealed,” which means that our beliefs can change. My purpose here is to acquaint you with how I formed the beliefs that I hold and how they affect my preaching, teaching, and ministry.

I grew up in a non-religious, non-church going family.

Both of my parents believed that religion was important, but neither of them knew what to do about it. My mother was raised in rural Tennessee as an occasional drop-in visitor to a charismatic evangelical congregation, which only left her feeling vaguely uncomfortable. 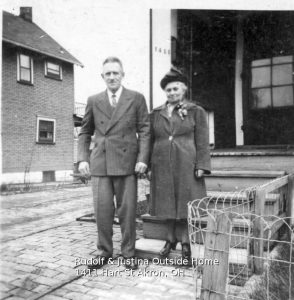 My father’s Hungarian-immigrant family raised him in the Catholic faith, but when, as an adult, he became interested in science and engineering, he had a difficult time reconciling Catholic teachings with science and rejected church altogether for most of his life.

My mother felt it was important for us to have “something,” so I was raised in a Missouri-Synod Lutheran Church in Akron, OH until I was 13. During a catechism class, I argued against the idea of predestination and eternal damnation, and was promptly asked to leave the class. I never went back.

My family and I were church-less for the rest of the time I lived at home.

When I was at Kent State University, I was invited to play music with a friend at the Unitarian Universalist Church there. Although that church was tiny at the time, with about 30 people in worship, they ran the radical gamut from atheists, agnostics, scientists to new age believers to former Catholics, Lutherans, Methodists and gentle, non-judgmental Christians. It was at that church I first heard the call to ministry.

In 1989, when I headed out west to the Iliff School of Theology in Denver, I would have called myself benignly atheistic – not seeing any convincing evidence for God, but not objecting to the belief in God either. I enjoyed being a theological provocateur and devil’s advocate to my more conservative United Methodist colleagues. Little did I realize that my own beliefs were soon to change.

The first church I served was the small but mighty Westside UU Church of Knoxville, TN. Although they first met in a simple storefront building, I remember how much care they put into their welcome, and I fell in love with the congregation’s dedication and hard work.

It was there I found a small group of ecumenical colleagues who met weekly for Bible study. Although I had little interest in the Bible, I needed friends, so I went. A new world opened up for me. In those challenging and caring conversations, I discovered that I loved the stories in the Bible – their beauty and their terror; humanity grappling with the Divine, with that ineffable presence some call God.

At the heart of the human is the Holy

Over the course of my ministry, I’ve come to believe this: At the very heart of the human experience, is an experience of the Holy. The Holy is that animating presence for good that forms us from birth and welcomes us at death. We catch glimpses of it in between, and it pushes us towards  service, sacrifice, and self-control. If we heed it, the Holy can shape us into lives that inspire, touch, and transform ourselves, our neighbors, and the world.

On any given Sunday, there will be a congregation of people who hold diverse beliefs and opinions about religious and theological matters. In fact, I wouldn’t have it any other way!

While I feel free to speak my understanding of truth from the pulpit, I never presume that everyone in the congregation shares my opinion. When speaking from another tradition other than Unitarian Universalism, it is my responsibility to both define terms and to provide an entree for those who don’t share that theological belief.  Providing context, history, and background helps reassure members that I will, to the best of my ability, speak so that all may feel included and welcomed.

My ministry is deeply collaborative

When I receive kind words about something I’ve done in ministry – whether offer a sermon or provide leadership on governance, I remind folks that a minister is only as good as the congregation they serve.  By that I mean that if my ministry is helpful or successful, it’s because of the relationships we’ve built together.  It reflects the strength, health and vitality of that which already exists in a congregation.  Working in a collaborative setting is both a joy and reflects my own theological orientation; we co-create the Beloved Community – together.